TRS Board to Meet September 15-16, Will Host Health Care Fairs This Fall

The Teacher Retirement System of Texas (TRS) Board of Trustees will convene for their quarterly meeting this Thursday, September 15 and Friday, September 16. The meeting will begin at 8:00 a.m. on both days.

We encourage members of the Texas Retired Teachers Association (TRTA) to watch the meetings online using the links provided below. (Please note, the links will not be live until the meetings begin each day).

For TRS retirees who participate in TRS-Care and the TRS-Care Medicare Advantage plan, TRS will host several information seminars to help participants explore their benefits, talk in person to health care vendors, learn about wellness options, and get a head start on Medicare.

Please see the chart below for a complete list of event days, times, locations and the associated registration links or visit this page on the TRS website.

In addition to in-person seminars, TRS will host several virtual events. Please see the chart below for a list of days, times, locations and the associated registration links or visit this page on the TRS website.

Moving forward, TRS will also host quarterly TRS-Care “Medicare & You” webinars. These will help participants understand the enrollment process and what the TRS-Care Medicare Advantage plan provides for the next stage of life.

Will you be eligible for Medicare soon? Sign up for a webinar to learn about the enrollment process and the benefits available to you through TRS.

Newly enrolled in TRS-Care Medicare? Join a welcome webinar with UnitedHealthcare and SilverScript. 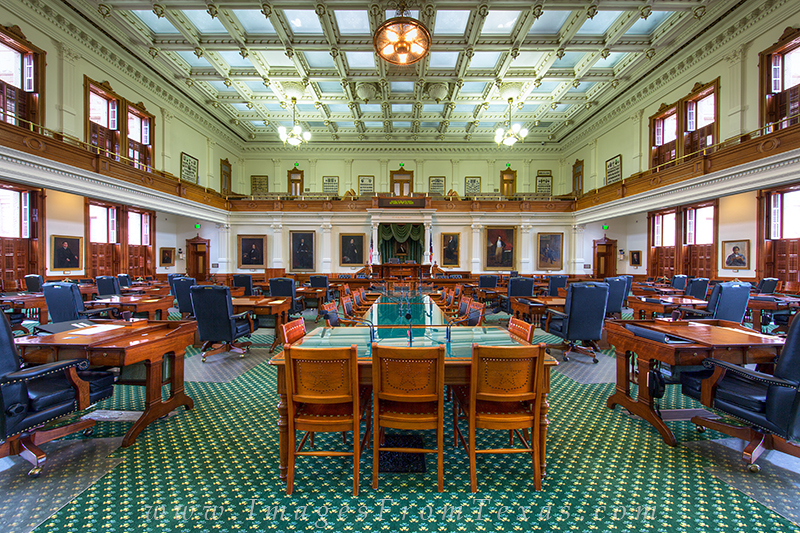 House Appropriations Meets, Discusses Status of TRS and Funding Methods for a COLA

The Texas House Appropriations Committee (HAC) met on Thursday, September 8 to discuss the status of the Teacher Retirement System of Texas (TRS) pension fund and the possibilities for providing TRS retirees with a cost-of-living adjustment (COLA) or supplemental payment in the coming legislative session.

As members of the Texas Retired Teachers Association (TRTA) know, more than half of current TRS retirees have never received a COLA. The last COLA that was passed by the Texas Legislature went to those who retired in August 2004 or before. A COLA for retirees could be considered when the 88th Texas Legislature convenes in January.

TRTA Executive Director Tim Lee provided public testimony during the hearing. With 458,000 TRS retirees, Lee commended the state’s efforts to have a well-funded pension system, something TRTA made a priority and worked with the Legislature on for many years.

“Our members have told us very clearly that they want our work to focus on some form of benefit increase, preferably a COLA,” Lee said to the committee members.

Lee said that TRTA and its members want to work with the Legislature to make the COLA a reality.

Lee also said that while TRS retirees are grateful for supplemental checks that were provided in 2019 and 2021, the funds went quickly to pay for unpaid bills, property taxes, and healthcare costs.

You can read TRTA’s full written testimony to the committee by clicking here.

TRS Executive Director Brian Guthrie also provided testimony. Guthrie made a similar to a presentation made to the Pensions, Investments, and Financial Services Committee (PIFS) on June 6.

Guthrie stated that the pension fund is considered actuarially sound as of today, mostly due to the passage of Senate Bill 12 in 2019, which gradually increased contributions to the fund by the state, active school employees, and school districts. The last set of contribution rate increases will occur in FY 2024 and FY 2025. The state and active employee contribution rates will be 8.25%, while the employer rate will rise to 2%.

Guthrie also explained that the TRS Board of Trustees recently voted to lower the pension fund’s investment return assumption from 7.25% to 7%. That change is now in effect, and Guthrie said he was “pleased to say that lowering it did not have a significantly negative impact on the health of the fund.”

He also said that the fund is on a path to reduce its unfunded liabilities to 0 by the year 2048, a funding period of 26 years. TRS will provide updated numbers to the Legislature in February when it conducts a fund valuation.

Legislators Speak Up About Helping Retirees

The topic of funding supplemental payments and COLAs generated much interest and many questions from the legislators on the committee.

A bill filed by Representative Giovanni Capriglione in 2021 would have provided a 6% COLA to retirees (with a cap of $100 per month) would have cost $2.8 billion if paid for upfront by the state, or $17.2 billion if financed through the pension fund.

Guthrie said there are many ways to pay for a COLA, including the option to increase contribution rates, which are based on active teacher payroll, from the state, active employees, or school employers. Rep. Capriglione asked what the contribution rate increase would have to be to fund a 6% COLA and Guthrie answered that the figure would be approximately .45%.

Rep. Capriglione added that for retirees, one-time supplemental payments “are worth less in today’s dollars due to inflation . . . it means less and less each year.”

Chairman Bonnen elucidated the combination of possible ways to pay for a COLA, saying it could include both increasing contribution rates as well as providing money upfront.

Rep. Gary VanDeaver asked what the purpose was last session for including a cap of $100 per month in the COLA bill that ultimately did not pass. Guthrie explained that it was meant to benefit retirees who receive significantly lower monthly annuities and can help to control the overall cost of a COLA to the state or the system.

Rep. Donna Howard reminded committee members that most TRS retirees do not receive Social Security benefits, saying “TRS is all they are getting.”

Rep. Mary Gonzalez reiterated the need for information about a graduated COLA, which could provide insight on the cost to give higher COLAs to older retirees.

Rep. Steve Toth pointed out retirees rely on TRS-Care for their health insurance and that controlling the cost of TRS-Care was important to having a sustainable retirement.

TRTA thanks Chairman Bonnen for inviting TRTA to present at today’s committee meeting. We also thank all the members of the Appropriations Committee for making TRS retirees a high priority ahead of the next session. Our work to help TRS retirees receive a COLA is kicking into high gear! Please stay tuned to the Inside Line as we continue our work to get all TRS retirees much needed financial relief.

Mark Your Calendars: TRS Board of Trustees to Meet September 15-16

The TRS Board of Trustees is scheduled to meet Thursday, September 15 and Friday, September 16 for their quarterly meeting. TRTA will provide additional details and links to the live meeting webcasts once they become available. The agenda is available here.

TRTA is asking all members interested in attending one of the upcoming 20 District Fall Conferences to RSVP to the event of their choosing. TRTA Executive Director Tim Lee will be the featured speaker at 15 of these events.

Hundreds of members have contacted us wanting to attend, and an RSVP system will ensure that each event space may accommodate all attendees who are interested. (If you have connected with a district leader already to let them know you are attending, you do not need to complete the RSVP below).

We encourage every TRTA member, whether you are in a local chapter or not, to attend the district fall conference in your area. Let’s join forces and come into the next session with a unified voice and send a clear message to the Texas Legislature that RETIREES NEED A COLA NOW!

Please, encourage your friends and colleagues who have not yet joined to become a part of the ONLY association in Texas that focuses solely on protecting and improving benefits for Texas retired public education employees. Join today! 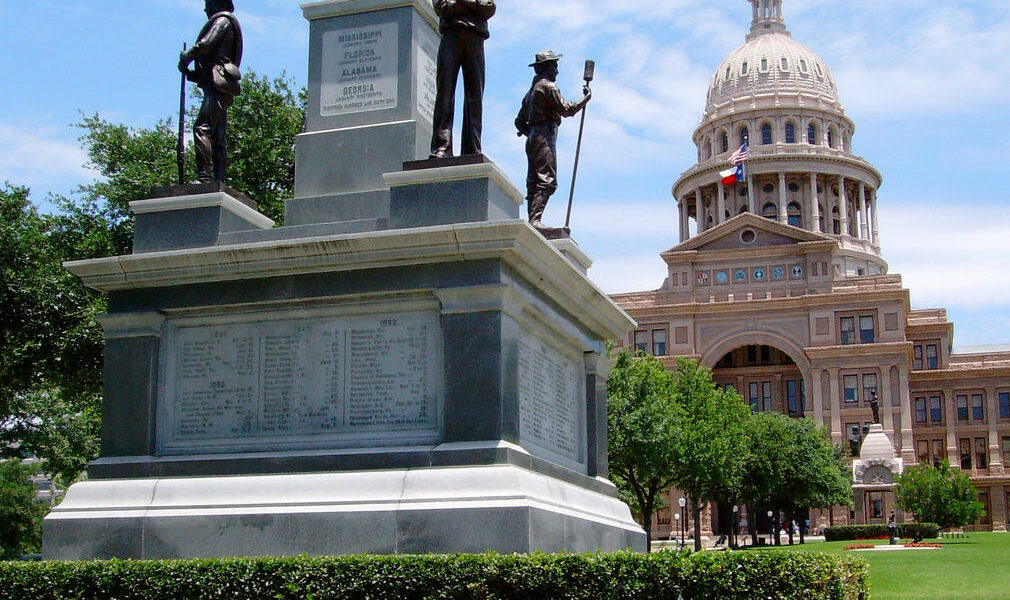 House Appropriations to Meet September 8 to Discuss Status of TRS

The Texas House Appropriations Committee is scheduled to meet this Thursday, September 8, 2022 at 8:00 a.m. The Teacher Retirement System of Texas (TRS) is included on the agenda, and is expected to provide an overview of the TRS pension fund and information about the current status of TRS-Care and TRS-ActiveCare.

The Texas Retired Teachers Association (TRTA) will provide written testimony for the hearing. The meeting will be held in Room E1.030 in the Texas Capitol.

TRTA strongly encourages members to watch the meeting live online. TRS currently is scheduled as the third state agency on the agenda. A live link to the meeting webcast will be available from this link once the meeting has begun.

As our members already know, TRTA supports a substantial and meaningful cost-of-living adjustment (COLA) for TRS retirees as a priority item in the 88th Texas Legislature. ONLY the Texas Legislature can authorize a COLA for TRS Retirees, and we must lay the groundwork now to ensure that our deserving retired educators are at the top of the state’s list of priorities.

Since 2005, TRTA and the Texas Legislature have partnered together to increase funding to TRS, eliminate costly retirement loopholes, help make TRS actuarially sound, and provide three supplemental checks to TRS retirees. These steps were taken to benefit TRS and TRS retirees.

The Legislature’s actions have brought us forward to a time where a substantial COLA is now possible. We need the Legislature to act now!

TRTA is asking all those interested in attending one of the upcoming 20 District Fall Conferences to RSVP to the event of their choosing. If you have connected with a district leader already to let them know you are attending, you do not need to complete the RSVP below.

TRTA Executive Director Tim Lee will be the featured speaker at 15 of these events.

We have had hundreds of members contact us wanting to attend, and an RSVP system will ensure that each event space may accommodate all attendees who are interested.

Members, we encourage every one of you, whether you are in a local chapter or not, to attend the district fall conference in your area. We must join forces and come into the next session with a unified voice and send a clear message to the Texas Legislature that RETIREES NEED A COLA NOW!

Please, encourage your friends and colleagues who have not yet joined to become a part of the ONLY association in Texas that focuses solely on protecting and improving benefits for Texas retired public education employees. Join today!