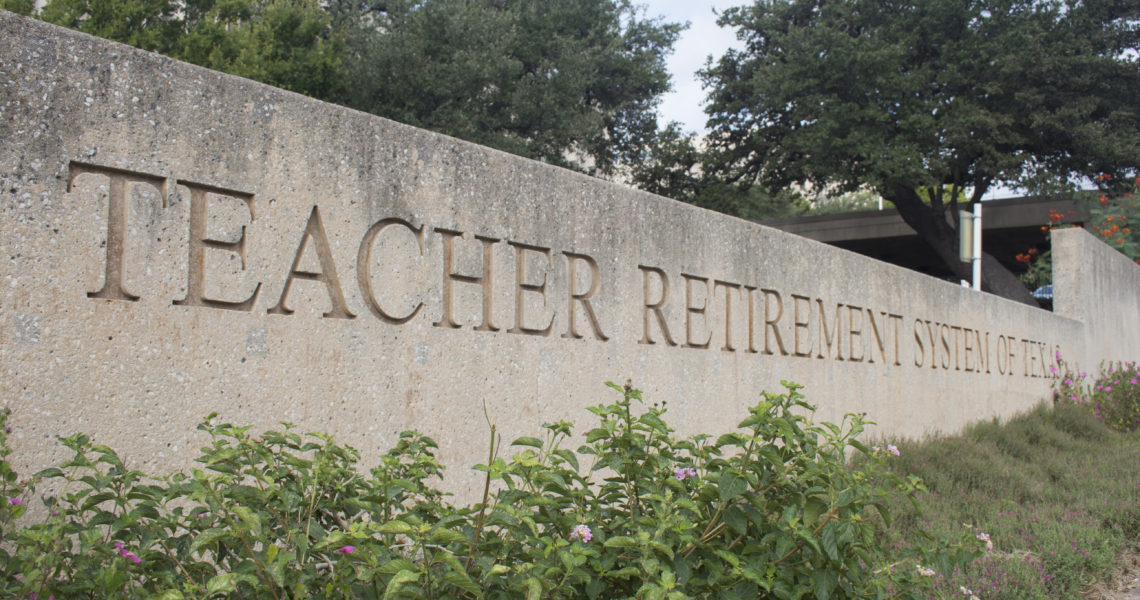 A COLA for TRS Retirees This Session is the Message

NOW is the time for TRS retirees to receive a much discussed, promised, and needed cost-of-living increase!

Members of the Texas Retired Teachers Association (TRTA) are elated to hear that our years hard work and sacrifice have finally paid off! The Teacher Retirement System of Texas (TRS) pension trust fund is fiscally stable. This has been our hard-fought mission. With a stable pension fund, the door is open for Texas to provide retirees with a cost-of-living adjustment (COLA).

As your TRTA State President, I believe there are two questions we must ask in this moment: Will the Legislature seize the day and pass legislation that provides a COLA; and how much of an increase can and will the Legislature authorize?

(Tim Lee will host a live video discussion about a COLA tomorrow, March 19, at 2:30 PM Central via Facebook and YouTube! Be sure to join us then!)

As retired education employees, we are grateful for the commitment the Legislature has shown to TRS. The major reason we have all partnered together and worked hard is to deliver on a promise: that TRS retirees are not forgotten and financial help—a COLA—will occur when the system is stable.

We believe that time has come! The TRS pension trust fund is actuarially sound. It has a funding period of less than 31 years. In fact, TRS officials have told us that the funding period is now 26 years based on the February 28 pension fund valuation!

That’s great news! Elected leaders have told us that once the pension fund could afford to provide a raise, it would be a major priority.

According to Texas statute, the Legislature may authorize a pension increase for TRS retirees if the trust fund has a funding period of less than 31 years and if that increase does not push the funding period beyond the 31-year mark. In other words, we can finance the increase. We cannot, however, pay for something if it is beyond our ability to finance it.

As a TRS retiree, I have personally dedicated my retirement years to being a champion for TRS to help my fellow retirees have a strong pension fund and get us all an increase in our modest benefits.

All of our work and the efforts by our elected officials and the dedication of our TRS investment professionals have finally paid off! We are at a place in time that has not occurred in Texas in more than 20 years! Today, the Legislature can authorize a pension increase for all eligible TRS retirees and the pension fund can afford to provide an increase with no cost to the Texas budget in a way that will NOT endanger the fund’s long-term actuarial soundness!

Decision-makers and TRS leaders need to hear this message loud and clear: as retirees who live on fixed incomes and are desperate for a financial boost, we measure all TRS policy against when retirees receive a pension increase!

TRS is not coordinated with Social Security and 96 percent of Texas public school employees do not pay into the federal program. Most TRS retirees do not receive any Social Security income, including spousal or widower’s benefits, due to the Government Pension Offset (GPO) and Windfall Elimination Provision (WEP). TRS is all most retirees have!

TRTA is committed to helping our TRS retirees! The Legislature has done its homework. In fact, our Texas legislators have done their extra credit, too. They have championed TRS and our retired educators every session.

We’ve all looked forward to this day! Retirees need help. Let’s unite to achieve a COLA this session!

Members of TRTA will begin receiving their copy of the first quarter issue of The VOICE this week and early next week. This unique issue arrives in a clear polybag and includes everything you need to write a letter to your State Senator and Representative, including the names of your legislators!

As TRTA members know, all of our in-person events have been canceled through June 30, 2021. We won’t let that stop us from showing our presence at the Texas Capitol this session!

The TRTA Red Letter Campaign is a challenge to our entire membership to send our urgent priorities for public education retirees to all state Senators and Representatives. Use this unique opportunity to tell your story, talk about what matters most to you, and ask for the Legislature’s help this session!

This is your chance to make your voice heard in the hallways of the granite dome! We’ve even included two red envelopes in your issue so that the sea of red we usually bring to the Capitol by wearing red shirts and bandanas can still be seen and felt by our elected officials.

Check your mailboxes this week and early next week for this special packet!

Also included in your packet is a sticker you can wear when you visit with your legislators virtually during TRTA Zoom to the Capitol. More details about this exciting, weeklong event will be shared in the coming weeks. 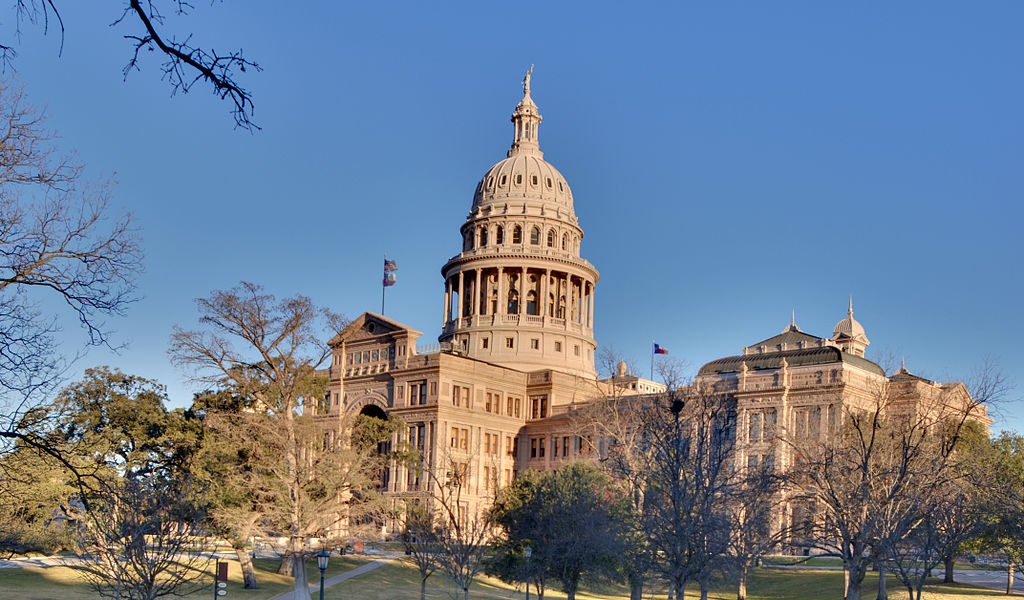 TRS Executive Director Brian Guthrie provided an overview of the agency. He said that TRS is “financially sound.” This positive news was also shared with the Senate Finance and House Appropriations Committees (and Article III Subcommittee) in February.

Guthrie reiterated testimony from last month that the base appropriations bill (Senate Bill 1) includes the contribution rate increases from the state that were passed in 2019 under Senate Bill 12. The stairstep approach to increasing contributions means Texas is honoring the funding commitment made last session by the Legislature. Guthrie said that the increased contributions and healthy investment returns have made the TRS pension fund reach a benchmark where the funding period is less than 31 years.

Prior to the passage of SB 12, the pension’s funding period was 89 years. “Now, it’s 27 years,” said Guthrie. Texas statute requires that TRS is able to pay off its liabilities within 31 years to provides retirees with a raise. In 2019, the TRS funding period was 29 years at the end of legislative session.

The system conducted an actuarial valuation of the fund on February 28 and Guthrie said he expects the funding period to go down to 25 or 26 years based on that report.

Chairman Anchia asked Guthrie about the possibility of providing a cost-of-living adjustment (COLA) or 13th check for retirees this session, given the fund’s healthy financial position.

Guthrie repeated testimony he shared earlier this year, responding that it could be done in one of two ways: by paying for the raise or supplemental payment upfront or by financing them through the fund itself. As an example, Guthrie shared that the 2013 COLA that helped about 200,000 retirees was financed through the fund.

He added that “paying for it (the COLA) over time increases the funding period.” Guthrie said that based on the system’s August 2020 evaluation, a 3% COLA (capped at $100 per month) would raise the funding period to 30 years from 27 years, which is still possible within legislative parameters.

Anchia asked for an explanation of why a system meets legislative standards if its funding period is within 31 years. Guthrie said it was established in statute more than 30 years ago and is considered “a good benchmark if a system can pay off its liability over that time period . . . the system is healthy.”

Representative Sergio Munoz, Jr. (D – Mission) asked for a clearer explanation of how a COLA or 13th check would impact the fund over time. Guthrie responded that to pay off a 3% COLA (capped at $100 per month) would cost $2.8 billion upfront or $17 billion over a period of time if financed. The second option, however, doesn’t require additional contributions from the state. A 13th check would cost about $585 to $600 million if paid for upfront.

The Texas Retired Teachers Association (TRTA) has been working hard this session with legislative members to find a way to provide a benefit enhancement for retirees.

Many TRTA members have continued to face financial difficulties due to losing substitute teaching income during the COVID-19 pandemic. We have also heard from hundreds of retirees who had significant damage to their homes during the destructive February 2021 winter storm, Uri.

TRTA believes now is the time when retirees need help the most! Retirees live on modest, fixed incomes, and more than half of TRS retirees earn less than $2,000 per month in their annuities!

Chairman Anchia asked Guthrie about TRS’s return-to-work policies for retirees. Guthrie said many retirees return within months of retiring instead of waiting a full year. Those who return before a year has passed cannot work more than half-time; however, many retirees inadvertently exceed their hours and end up losing their entire annuity for that month.

“It’s very punitive,” said Guthrie. He said that options are being considered this session to change the penalties and added that TRS might change to a “dollar-for-dollar” reduction. The current appeals process does not allow leniency in statute, Guthrie said.

Guthrie touched on the TRS-Care retiree health insurance program, which is in a healthy financial position right now. He cautioned that “the funding stream is not growing as fast as the cost of health care and that pattern is not really going to change.”

Though the healthcare fund does not need supplemental funding now, it will again in the future. “We are constantly watching it,” Guthrie said. For now, retirees can expect their premiums to remain stable.