TRS Board of Trustees Set to Meet July 26-27, Likely to Adopt Changes to Rate of Return Assumption

The Teacher Retirement System of Texas (TRS) Board of Trustees are scheduled to meet on July 26-27. The most pressing issue for the board to vote on is the rate of return assumption. The agenda for the meeting is available here. There will be live webcasts for July 26 and July 27.

The Texas Retired Teachers Association (TRTA) believes it is likely that the board will vote to lower the rate of return assumption from 8 percent to 7.5 or, more likely, 7.25 percent.

A change to the rate of return assumption will not impact the current annuity amount retired educators are receiving from the pension fund.

If the rate of return assumption is lowered to 7.25 percent, it would require the Texas Legislature to increase state contributions by 1.83 percent, which equates to $790 million per year, to put the pension fund within a 31-year funding period.

Once the TRS fund is within a 31-year funding period, it meets the state requirement for providing a cost-of-living increase for retired educators.

TRS has to have a funding period considerably less than 31-years in order for the Legislature to authorize the fund to provide a permanent increase for retirees.

Any retiree who retired 9-1-2004 or after has never received a pension increase. Thousands of retired school employees have seen reduced Social Security benefits (if they receive them at all), increased health care costs, and no pension increases for as long as 14-years in their retirement. The board has received recommendations from the actuary firm of Gabriel, Roeder, Smith & Co. to lower its rate of return assumption below 8 percent, as the majority of pension funds have moved below this mark.

If the TRS board does lower its rate of return assumption, TRTA is strongly encouraging TRS to pursue additional funds from the Texas Legislature. While state law prohibits TRS from lobbying the Texas Legislature, it is still TRS’s fiduciary duty to ensure that the pension fund is actuarially sound so that members may receive cost-of-living increases.

TRTA is strongly encouraging its members to tune into the live webcast on Friday, July 27. This TRS board meeting will be critical to the future health of the pension fund. Be sure to share this and upcoming editions of the Inside Linewith your fellow retirees! 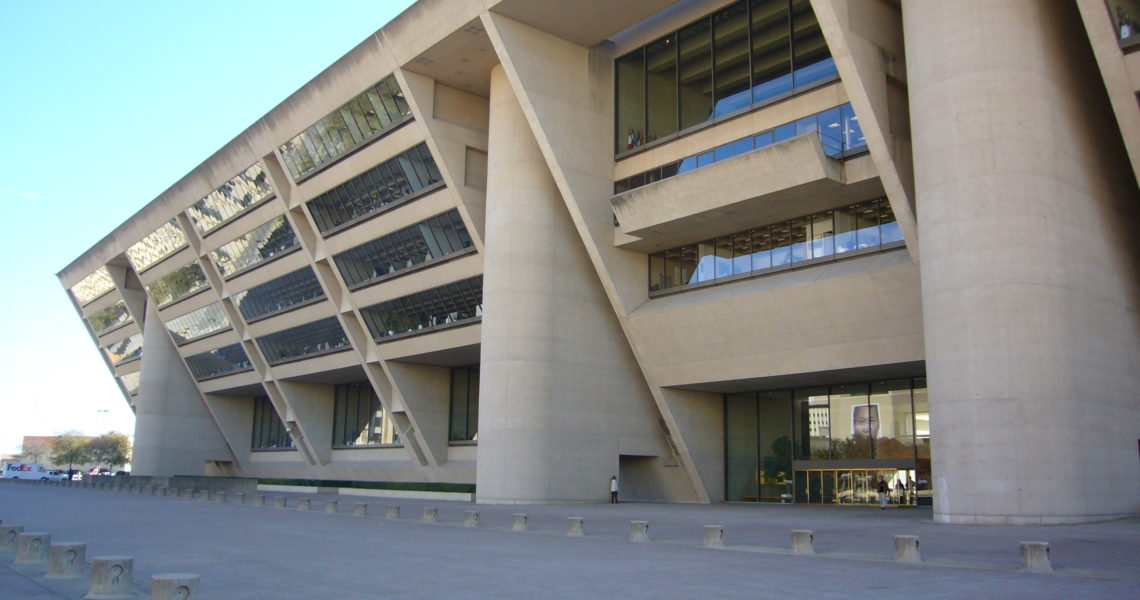 by rvarney in Pensions, TRS-Care

The Texas House Pensions Committee met yesterday in Dallas to discuss the status of the Teacher Retirement System’s (TRS) pension plan and TRS-Care. The committee reviewed the changes that occurred last session to TRS-Care and discussed the funding issues surrounding the retiree health care program, which is expected to have a shortfall in excess of $400 million during the 2019 biennium.

TRS Executive Director Brian Guthrie provided testimony about the funding needs of TRS-Care. He discussed how the program had undergone significant changes since the end of the Legislature’s Special Session. However, the changes made last session will still leave the plan in a significant funding shortfall when the Legislature reconvenes in 2019.

Guthrie informed the committee that TRS-Care would continue to require additional funding into the future as the program’s funding is based on active teacher payroll, not health care costs.

Rep. Dan Huberty (R – Houston) recounted how a previous proposal during the 2017 legislative session would have covered the pending shortfall. He also brought to the attention of the other legislators how much money the state continued to put into both TRS-Care and the TRS pension fund.

Guthrie said that the combined amount TRS will ask for in its Legislative Appropriations Request (LAR), provided that it moves the rate of return assumption to 7.5 percent, will be approximately $2 billion.

Guthrie’s testimony was not a reflection of a TRS position on combining Texas TRS retirees and ERS retirees; it was, though mentioned as a way that other states with smaller populations combine worker and retiree pools to have a larger purchasing pool when procuring group coverage.

As TRTA members know, Texas has a separate health care system for its state workers. Both TRS (teachers) and ERS (state workers and legislators) are large enough pools on their own to negotiate lower rates without combining the two groups.

The TRS-Care plan has twice as many covered lives as the ERS retiree health care plan. However, the ERS health care plan’s base funding for retirees is higher than TRS-Care’s. In 2017, the state funded $930 million for state retirees. Whereas, TRS-Care’s base funding is $660 million, so TRS-Care receives less funding for twice as many participants.

The funding for retired state workers allows the state ERS health care program to be offered at no cost to state employee retirees. Dependent coverage is subsidized at 50 percent.

TRTA has never suggested, and never would suggest, that retired state employees, judges, legislators or other ERS retires should see a reduction in their health care benefits. On the contrary, we believe all public workers should receive access to affordable and reasonable health care as part of their retirement security.

“We know many may have an issue with calling a retired educator a retired state worker. Our view does not validate that argument as either right or wrong; however, the bottom line is that the Legislature is in absolute control over the funding levels for TRS-Care. Using teacher payroll as a basis for funding is a broken system,” Lee said. “In order to keep TRS-Care viable and solvent, we need to work with legislators on increasing the base funding for TRS-Care. If we do not raise base funding, TRS-Care will continue to have ongoing shortfalls and retirees will not be able to cover the increased costs.”

Retired educators are aware that our dedicated state employees and state retirees receive much higher health care appropriations. The biggest differentiator between TRS and ERS is that the amount of money appropriated to ERS health care is based on COST, and TRS health care funding is based on a percentage of active teacher payroll. Teacher payroll is in no way tied to health care cost increases. TRS-Care cannot be “fixed” unless the base funding is increased, or if the legislature ties TRS-Care appropriations to the cost of care like it does for ERS.

Lee’s invited testimony focused on how only by working as a team could the Legislature and stakeholders address the funding concerns for TRS-Care.

Lee reviewed how the costs for health care didn’t go away after last session but were simply paid for by increasing the financial burden on the retirees, the legislature, and the school districts.

More than 100 people were in attendance for the Pensions Committee meeting. Much of the audience was comprised of TRTA members from District 10 and 11. There were even some TRTA members from Brownsville, Texas, which is 544 miles away.

A common theme among the TRTA members in attendance was a desire to work with the legislators to be a part of the solution.

One of the public commenters who provided testimony was Pat Enlow. Enlow serves as the local president for TRTA’s Carrolton-Farmers Branch Retired School Personnel Association. Enlow testified about how vital it is for the Texas Legislature to provide additional funding for the TRS pension, as the TRS Board of Trustees makes its decision on whether to lower the rate of return assumption.

Thank you for reading this update. If you had the chance to watch yesterday’s hearing, you may have seen how frustrating this subject matter can be for our members and for the decision makers.

We have many legislator friends who want to help us. Our communication efforts will be most effective if we encourage positive communication.

What I want to assure each of you is this, we are being made a part of the process to help improve these situations. House Pensions Chair Dan Flynn (R – Canton) and Senate State Affairs Chair Joan Huffman (R – Houston) both allowed TRTA to have a seat at the table and bring invited testimony to important committee hearings. We appreciate their interest and leadership in working on these difficult issues.

We are always going to work for you. We know many of you are struggling to afford your health care. Many elected officials are contacting TRTA and learning more about what else we can do to improve the situation. You are not forgotten, and your struggle is very real to TRTA and to the people we are working with to make this better.

The road ahead of us is long and difficult, but I know you are helping us make a difference. Thank you for your support! Your communication and membership are vital. Our strength is our member support. Please know, we will never stop working for you! House Pensions Committee to Meet in Dallas May 10

House Pensions Committee to Meet in Dallas May 10

The Texas House Pensions Committee is scheduled to meet in Dallas on Thursday, May 10 and will discuss a variety of issues pertinent to Texas public education retirees.

The Texas Retired Teachers Association (TRTA) encourages any and all members living in the Dallas area to attend the meeting if possible. Issues being discussed on this day include the immediate and long-term solvency and plan design of TRS-Care and TRS Active-Care health insurance plans, as well as ways to improve defined benefit pension plans. To view a full meeting agenda, please click here.

While we understand many retirees may not be able to attend the meeting for the entire day, your presence at the meeting is very valuable and any time you could dedicate to this event is appreciated and makes a difference. It is vital that legislators hear from retirees impacted by recent health care changes and potential changes to the Teacher Retirement System of Texas (TRS) pension trust fund.

TRTA also understands that not all attendees will want to provide public testimony but wants you to know that your presence is just as valuable. Putting a face to very real issues facing retirees today helps legislators as they make the decisions that impact your future.

Thank for all you do as a member of TRTA to protect retirement security for all public education retirees in Texas!

TRTA and its members have the respect of both congressmen and legislators. Your membership is making a difference as we lobby here in Texas and at the U.S. Capitol. We will continue to bring you the latest updates on all issues involving retired educators.