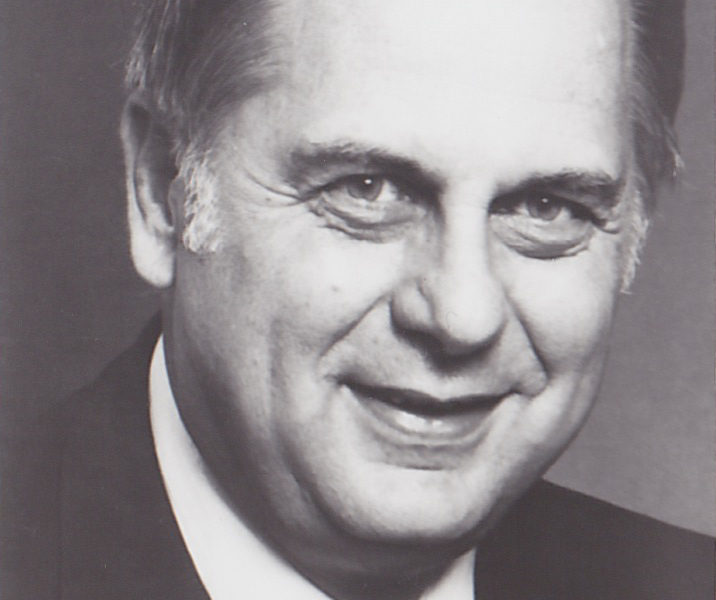 Instead of flowers, his family has asked that donations be made in his name to the Lehr-Pritchard endowment fund.

After working for 38 years in public education, Lehr retired and became a TRTA member. Less than a year after starting his position on the Legislative Committee, Lehr became the chairman of the committee, and worked to solve the problem of retired educators receiving poverty-level annuity checks.

Lehr worked with his Legislative Committee and TRS to develop the CPI Catch-Up, which proposed to dramatically increase the annuity payments owed to retired educators. Lehr used his previous work experience with the Austin Independent School District and the Texas Legislature to convince the Speaker of the House, Gib Lewis, and the Lieutenant Governor, Bob Bullock, to support the plan.

In 1994, Lehr was promoted to the position of TRTA Executive Director. La Vonne Rogers, who worked as the officer manager for TRTA during Lehr’s tenure as Executive Director, considers the CPI Catch-Up a miracle.

“People who had retired many years ago were living on practically nothing,” Rogers said. “All of a sudden the fund was fully funded, and we had lots of cooperation from the Legislature, because the people that were working with Mike wanted to see it happen.”

Lehr also was at the forefront of securing the land that TRTA’s state office sits on. The decision to purchase the land proved to be a great investment as it stands less than 300 feet from the Texas Capitol.

Lehr stepped down as TRTA’s Executive Director in 2003, and Tim Lee soon after filled the association’s vital role. Lehr began his tenure as a board member of TRTF in 2001, and he received the E.L. Galyean Service Award, TRTA’s highest honor, in 2002.

Lehr’s work with the TRTF concluded in 2016. He was fixture among the TRTA family, and his contributions towards the retired educator community were deeply impactful. 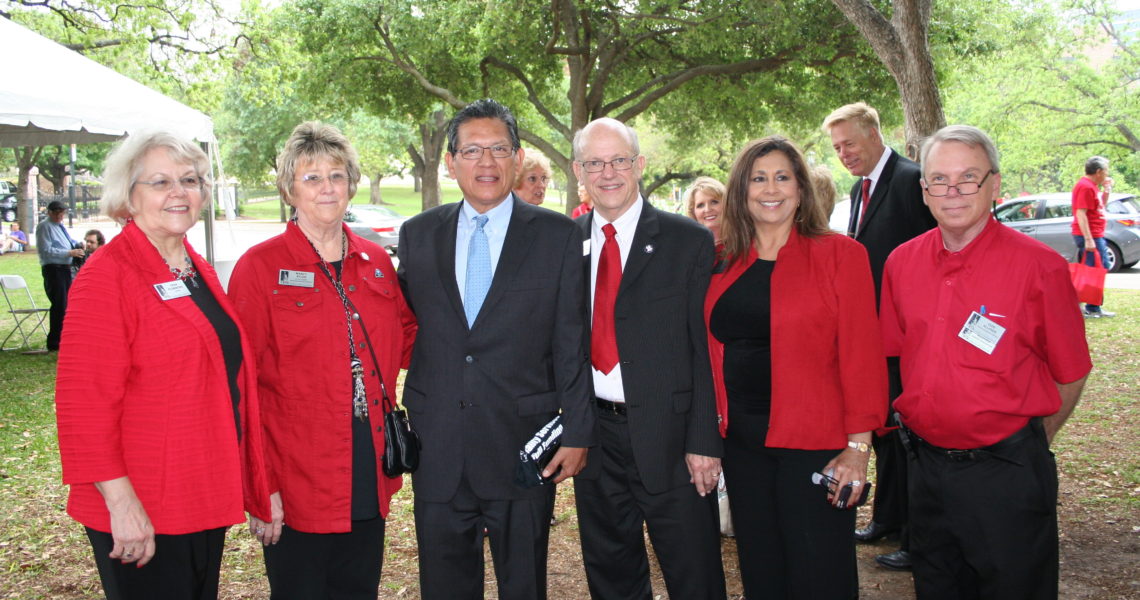 The 86thTexas legislative session began today. It marks the start of 140 days of lawmaking that will have a major impact on the lives of all retired educators. At the forefront of retiree-related issues will be the Teacher Retirement System of Texas pension fund’s rate of return assumption change and the budget deficit for TRS-Care.

The Texas Retired Teachers Association (TRTA) is looking forward to working with state lawmakers to help improve and secure the pension fund and TRS-Care. You may read TRTA’s legislative platform here.

TRTA is focused on encouraging the Legislature to provide retirees with a benefit increase of some kind. TRTA will be recommending that the Legislature increase its contribution to the TRS fund from 6.8 percent to 8.6 percent. This change in contribution should shore up the funding from TRS’s decision to lower its rate of return assumption. TRTA would like to see a benefit increase for all retirees who retired before Sept. 1, 2018.

Meanwhile, TRTA believes that TRS-Care funding must increase to make up the budget shortfall, and the Legislature should make it a priority to help retirees who were hurt by the changes last session. TRS-Care is projected to have a budget shortfall between $231 million and $412 million.

We are entering this legislative session with a sense of optimism, and we are excited to start our work with legislators new and old.  We are encouraging our members to get involved too. Among the many involvement opportunities that will arise naturally throughout the session, we look forward to seeing many members at our Day at the Capitol on April 3rd. Day at the Capitol is a great opportunity to rally together and show the Legislature just how strong of an organization TRTA is! We will have more details about how you can join us as the rally day approaches. 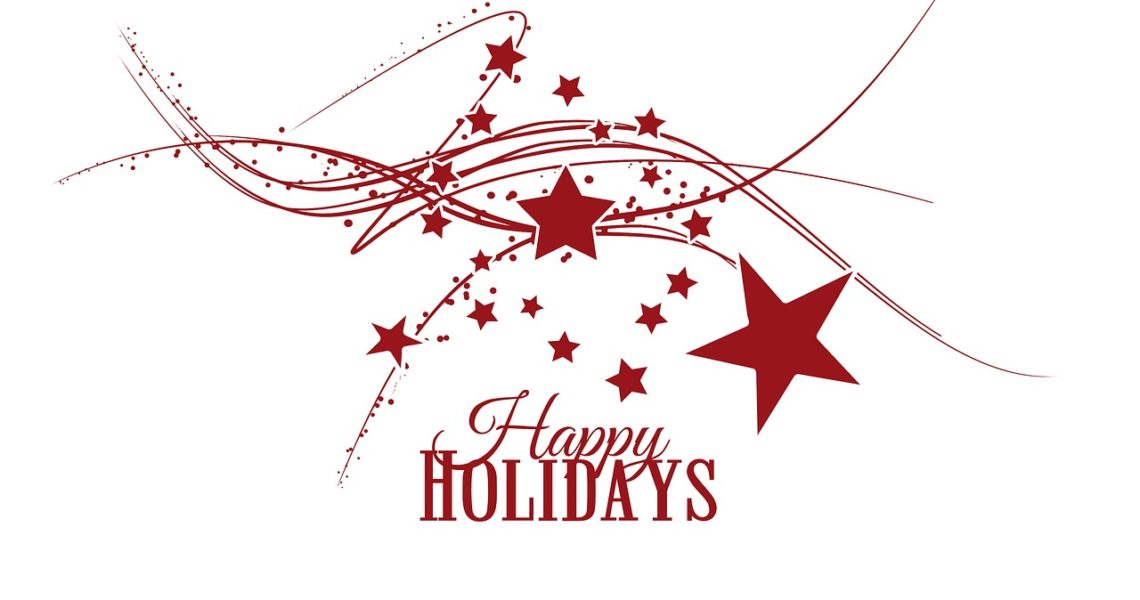 Happy Holidays from TRTA and TRTF!

The Texas Retired Teachers Association (TRTA) extends its season’s greetings to all members and friends. As the year draws to a close, we know our dedicated retirees will enjoy spending time with loved ones and celebrating the holidays.

We at TRTA, the Board of Directors and staff, want to express our sincere appreciation to all of you for the support you have given to this great organization in 2018.

Because of you, TRTA is able to participate in vital legislative discussions that impact your retirement benefits, from the Teacher Retirement System of Texas (TRS) pension fund to health care, and our charitable partner, the Texas Retired Teachers Foundation (TRTF), has raised more than $75,000 since November for its vital programs to help educators of the past, present and future. You can help TRTF reach $100,000 by donating online today!

The first day of the 86th Texas Legislative Session begins January 8, 2019. TRTA is ready with a comprehensive legislative agenda to help retirees now! Soon members will receive this agenda through the fourth quarter issue of TRTA’s news magazine, The VOICE, scheduled to hit mailboxes next week. Included in this special issue is a letter to legislators that you may complete and return to TRTA.

TRTA’s State Legislative Committee members will hand-deliver your personalized letters to your legislators during their biennial Capitol visits beginning in February. We ask all members to please send their letters no later than January 20, so we may begin sorting them and preparing for these important face-to-face visits. Make your voice known by sending in your letter after you enjoy the holidays!

Your willingness to call, email and visit your elected officials in person also gives a face to the issues of retiree health care and pension funding. We ask all members to begin reaching out to their legislators as soon as possible and establishing those important, personable connections that make all the difference when advocating for public education retirees. Find out who your state legislators are by clicking here.

Be sure to view TRTA’s video series, Retirees Deserve Better, on our YouTube channel to help you brush up on the most significant issues facing retirees today. Feel free to share the videos with your legislators and also any active educators you know.

Read all about TRTA’s legislative platform for the upcoming session here!

TRTA also continues to work with our many friends in Congress to find fair and realistic solutions for the Windfall Elimination Provision (WEP) and Government Pension Offset (GPO). TRTA Executive Director Tim Lee made two visits to Washington, D.C. this December to discuss these issues. We will report on the progress of WEP an GPO in the new year.

Thank you for your membership to TRTA. If you are not yet a member, we need you to help us protect your retirement security. Please join TRTA today!

If you know someone who should be a member of TRTA who has not yet joined, please consider buying them a TRTA membership—just $35—as a gift for this holiday season!

We hope you and yours have a wonderful holiday season!