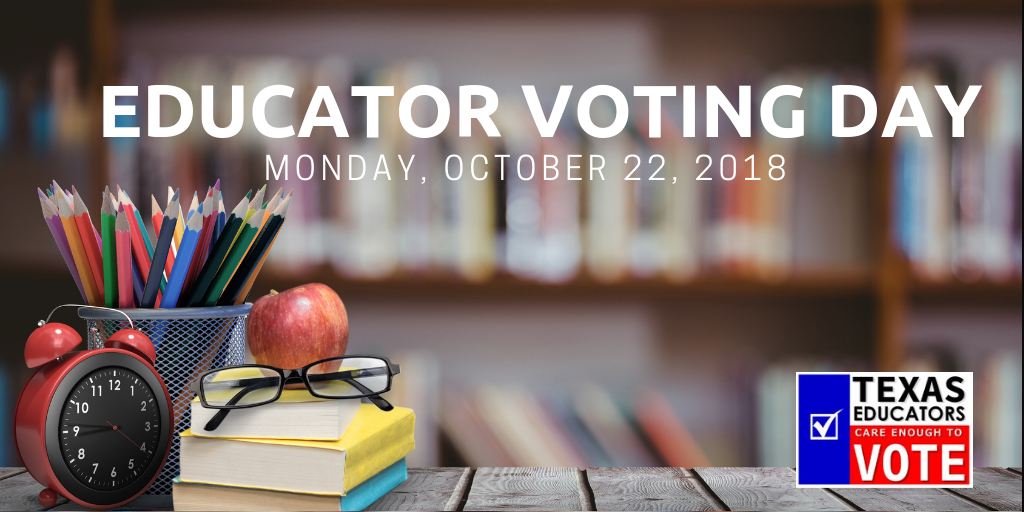 We encourage you to support your local educators and new student voters by voting today: Texas Educator Voting Day. Texas Educators Vote and many other education organizations across Texas are celebrating our Texas success in registering over 1.7 million new voters this year—a record for a mid-term election in Texas—by encouraging educators to go vote together.

Texas Educators Vote recommends we all do the following:

It is easy to vote! Don’t forget to bring your identification with you to the voting booth! 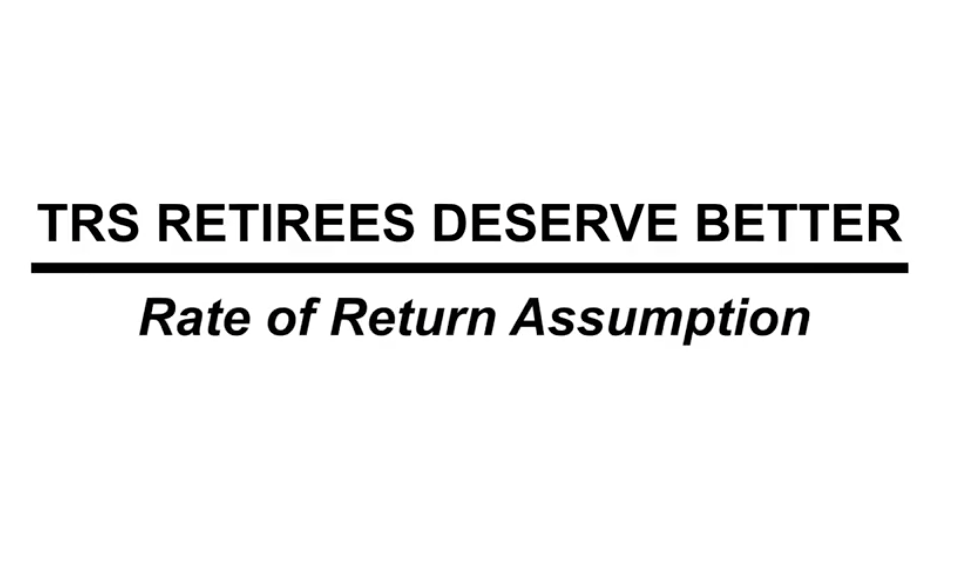 by rvarney in TRS, TRS Retirees Deserve Better
The Teacher Retirement System of Texas revised its rate of return assumption on July 27th. The rate of return assumption is a measure used by TRS to project investment returns. The TRS board voted lower its rate of return assumption from 8 percent to 7.25 percent.
This lowered assumption will not affect the amount of money current retirees are receiving in their annuities. However, it makes a cost-of-living adjustment significantly more difficult going forward for all current AND future retirees. Retirees already struggle to make ends meet, living on incomes that do not match up with modern-day expenses.
Texas has a rule in place that prohibits TRS from distributing a COLA unless TRS is projected to pay off its unfunded liabilities within 31 years. Many TRS retirees have languished without a COLA since retiring. The last COLA that went to retirees was provided in 2013. The COLA only served those who retired before Sept. 1st, 2004. If you retired after that date, you’ve never seen an increase in your monthly annuity, and your annuity may have even gone down after health care costs increased dramatically this year.
Did you know that more than 100,000 TRS retirees receive less than $1,000 per month from their annuity? TRS retirees receive a modest income. While there is no promise that benefits will increase, it is a reasonable expectation that they will increase over time. Now that the rate of return assumption has been lowered, retirees have been told it could be 50 to 100 years before they receive a benefit increase of any kind.
This issue is not limited to retired educators. Active educators have a stake in this too. Some politicians will use the lowered rate of return assumption as a window to break down the defined benefit plan that active educators are paying in to. If you have a son or a daughter in education, this is their fight too!
It is likely that one of two things will happen to the pension fund after this legislative session: either the Legislature will adopt a plan to adequately fund the pension system or current and future retirees will see their benefits reduced over time! The formula is simple: contributions plus investments equal benefits! With a lowered rate of return assumption, there will be less money to ensure that the promises made will be kept.
While these changes may not happen immediately, the end result is that future retirees will receive a much lower benefit for their years of service. And current retirees will never receive a COLA or benefit adjustment in their lifetime.
We are asking all TRTA members to reach out to their legislators and candidates running for political office. Ask them to set a policy that will provide adequate funding for the TRS pension fund so that retirees can receive a much-needed COLA or other benefit increase. Retiree income needs to keep up with the increasing health care costs and modern-day expenses. Future retirees shouldn’t have to go decades without an increase in benefits.
Everyone running for office in Texas should know, understand, and agree that TRS retirees deserve retirement security including a well-funded pension plan. TRS Retirees Deserve Better!
Read More 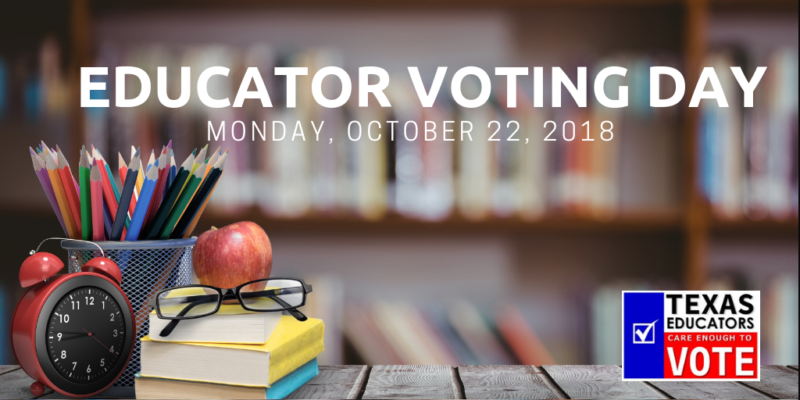 by Cindee Sharp in Elections, Uncategorized

We encourage you to support your local educators and new student voters by voting on Texas Educator Voting Day. Texas Educators Vote and many other education organizations across Texas are celebrating our Texas success in registering over 1.7 million new voters this year—a record for a mid-term election in Texas—by encouraging educators to go vote together. Please read the message below from Texas Educators Vote.

We have just passed the voter registration deadline, and there are now more than 15.7 million registered Texans! That is an increase of close to 1.7 million voters since 2014. Your dedication to registering all staff and students surely contributed to this 12% increase in registered voters.

Now is the time to make sure that every registered voter actually votes. In March 2018, 77% of voting-age Texans were registered to vote, but only 13% voted. Registration is a necessary first step, but turnout determines elections.

We hereby declare the first day of early voting, October 22nd, 2018, to be Educator Voting Day! Encourage your staff to vote early, wear their “I Voted” sticker, and model civic engagement for students! The Texas Secretary of State has declared the first Friday of early voting to be Student Voting Day. Please plan for both of these important upcoming events.