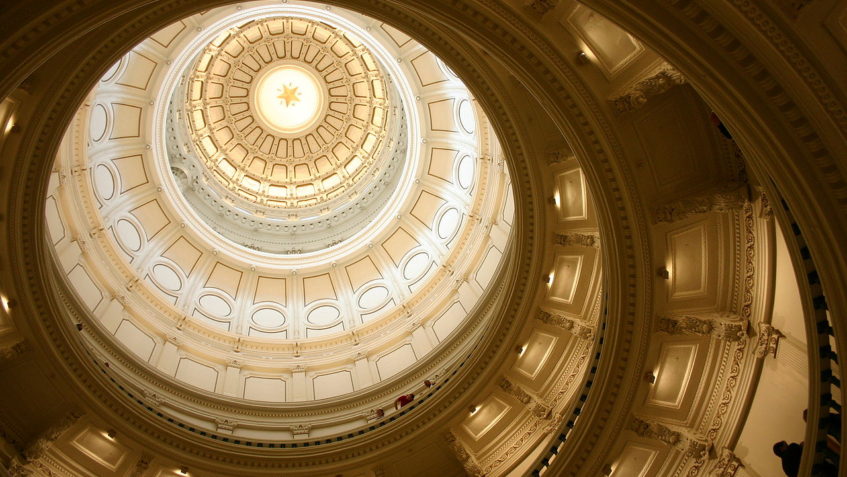 The Texas Senate State Affairs Committee met on April 4 to discuss the state of public pension systems, including the Teacher Retirement System of Texas (TRS) pension plan. Senators received testimony from the Executive Directors of several state agencies, as well as actuaries.

During the Senate State Affairs meeting, senators inquired about the health of the TRS pension plan, and how changing TRS’s assumed rate of return would require additional funds from the Legislature. Read the full TRS presentation here.

During the meeting, TRS Executive Director Brian Guthrie discussed how the TRS Board is considering changing its assumed rate of return from 8 percent to either 7.25 percent or 7.5 percent. By changing the assumed rate of return to 7.25 percent, TRS would require approximately $1.6 billion from the Legislature to maintain its course for actuarial soundness. Actuarial soundness is a state requirement for providing cost-of-living increases.

Actuarial soundness is defined as the number of years required to pay off liabilities of the fund. The state law has set this standard as being less than 31 years. For retirees to receive a cost-of-living increase, the TRS fund can’t be more than the 31-year range of paying off its liabilities. At the current assumed rate of return, TRS will pay off its liabilities in 34 years.

If TRS changes its assumed rate of return to 7.25 percent and doesn’t receive additional funding, the funding period before reaching actuarial soundness would reach 86 years.

Senator Jane Nelson (R-Flower Mound) expressed concern that retirees were not aware of the costs associated with funding the pension plan. “We need to do a better job of getting that information out,” Nelson said.

Senator Joan Huffman (R-Houston) said that the information needed to be put out into the open that “it’s a major contribution from the state.”

TRTA agrees that the investment from the state is significant. TRTA was formed more than six decades ago to ensure that its members understood the partnership between the state and public educators to properly and adequately fund the TRS pension plan. We appreciate the commitment this state has made to TRS.

Since TRS was created in the 1930s, this pension fund has always received contributions from the state and active employees. Today, employees still make contributions (7.7 percent of their paycheck) and the employer’s share is a joint responsibility between the state and the school districts (the state portion is about 4 percent of payroll and the school district portion adds the other 2.8 percent, for a combined total of 6.8 percent).

Keith Brainard, public pension fund expert and Texas Pension Review Board member, testified that Texas is getting a bargain on its contributions to the TRS pension fund as compared to other states who do not contribute to Social Security. The average contribution for most states in this category is closer to 19 percent. The contribution from Texas to TRS is 6.8 percent.

The Texas Retired Teachers Association (TRTA) is asking its members and supporters to sign (and share!!) a petition encouraging the Texas Legislature to fully fund the TRS Pension Plan. Retired educators are in desperate need of a cost-of-living increase. By changing the assumed rate of return, TRS will not impact current pension benefits, but will delay much needed cost-of-living increases. Sign the petition here!

At certain times, TRS has received much lower contributions from the state, and now is the time to work toward more adequate funding for the pension plan. From 1995 through 2007, the pension fund contribution from the state dropped from 7.31 percent to the constitutional minimum of 6 percent. That changed when the Legislature increased its contribution in 2007. Now that the TRS trustees are looking to change their rate of return assumption, TRS will need higher contributions from its funding sources or benefits may be reduced for future retirees.

The Senate State Affairs Committee will continue to discuss this topic as the next legislative session approaches. It will be imperative for legislators to be as informed as possible about retirees’ needs, as well as the great benefit TRS Texas provides to our state and our public education workforce. TRTA will keep its members up-to-date on any changes to the assumed rate of return that occur during the April 19 and 20 TRS Board meeting.

Tomorrow, the Inside Line will review the testimony given regarding TRS-Care at the Senate State Affairs Committee meeting.