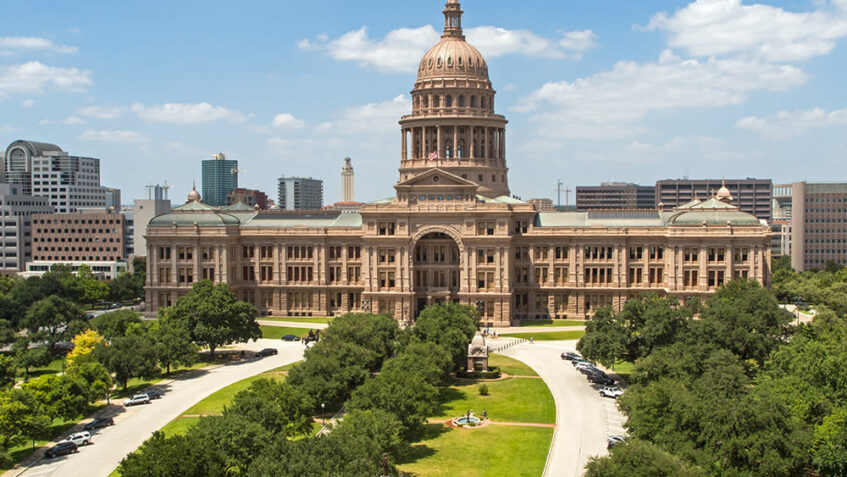 As the Texas Retired Teachers Association (TRTA) has reported before, if passed, SB 12 would make the pension fund actuarially sound and provide retirees with a one-time supplemental payment. Per a press release written by Huffman’s office, “by addressing TRS’s solvency problem with a conservative plan, the Legislature can secure the retirement for teachers!”

The press release continues “the proposed bill would increase state, district, and active employees’ pension contributions over a six-year period.” The bill would also provide a payment to ALL retired school employees, “putting more money in retirees’ hands immediately.”

TRTA knows Senator Huffman has been working with Representative Greg Bonnen (R – League City) in the Texas House to introduce legislation that would shore up the Teacher Retirement System of Texas (TRS) pension fund and provide some kind of benefit increase to retirees. Bonnen’s bill, HB 9, also proposes to make the TRS pension fund actuarially sound and provide a supplemental payment to retired educators.

As many TRTA members know, legislation can be fluid during a legislative session, undergoing multiple versions before a final bill is passed. At the moment, the bills differ on a few elements, including the amount of the proposed payment. However, both bills are working toward the vital and necessary step to make the pension fund sound enough to provide a much-needed benefit increase for retirees.

While laying out SB 12, Senator Huffman stated that the current amortization period of the pension fund is 87 years. “Without a long-term, cost-efficient proposal like this, retirees may never receive a COLA,” said Huffman.

As our members may know, by state law, the Legislature cannot approve a cost-of-living increase for retirees unless the system can pay off its liabilities within 31 years or less.

Huffman stated that acting now, despite a significant financial commitment, is a far more cost-efficient way to address the pension system’s long-term sustainability. She further stated that the benefits received by retirees are “not lavish benefits but are critical to thousands of Texans and their families.”

Huffman also pointed out that HB 9 is similar to SB 12, and that it is “the intent of both chambers to pass a long-term cost-efficient plan.” Senator Huffman said she is working with Dr. Bonnen in the Texas House “to bring more financial stability to one of largest pension funds in the world and to provide additional money for retired teachers.”

TRTA Executive Director Tim Lee testified in support of the bill, showing appreciation for taking a long-term view of the retirement system and stating that although the supplemental payment is appreciated, he hopes the Senate and House “will continue to work to see if we can increase the amount.”

Senator Eddie Lucio asked about how the changes to TRS-Care last session affected retirees, and Lee replied that “more costs have shifted onto retirees for healthcare.”

Senator Brian Birdwell asked if passing a cost-of-living raise as opposed to a supplemental payment would affect the soundness of the system and Lee responded that the payment “has a one-time cost but doesn’t incur any new ongoing liability for the system.”

“The most important thing that needs to occur this session is a stable funding plan for the long-term health of the system,” said Lee.

Without a stable funding plan for TRS, the pension plan’s unfunded liability will continue to increase, making a true cost-of-living increase impossible.

SB 12 was voted favorably out of committee. The funding for the bill is included in SB 500, which passed favorably out of the Senate on Wednesday, March 13 and has now been referred to the House. Funds would come from the Economic Stabilization Fund (ESF), also known as the Rainy Day Fund.

A representative of the Texas Public Policy Foundation (TPPF) testified against SB 12, promoting the idea that the TRS pension fund should be changed from a defined benefit (DB) plan to a defined contribution (DC) or 401k-style plan. TRTA does not support eliminating the DB plan for current or future educators, as TRS is the sole form of retirement security for 96 percent of Texas educators.


The March is On to Help Retired Educators this Session!

March is the most crucial month for legislative action on issues that impact you and your fellow public education retirees. TRTA is moving full steam ahead and we need your help!

The Legislature is moving at a rapid pace, finalizing budget discussions, hearing bills in committee, having heated floor session debates, and we need them to be THINKING ABOUT YOU while they are doing the work of Texas!

The march is on to #RAISETHEBASE funding for the pension fund and TRS-Care!


The Most Important Things You Can Be Doing Right Now

TRTA needs your help! March is the month that will make all the difference in our legislative agenda! LET’S SET OUR GOALS HIGH AND GO FOR THEM! THE MARCH IS ON!

2.            Email Your Legislators
Email your elected officials! TRTA members have sent thousands of emails so far this session. Let’s send 50,000 emails this month!

Thank you for your membership to TRTA. We are fighting ardently for your benefits every day at the Capitol. If you are not yet a TRTA member, please join here.