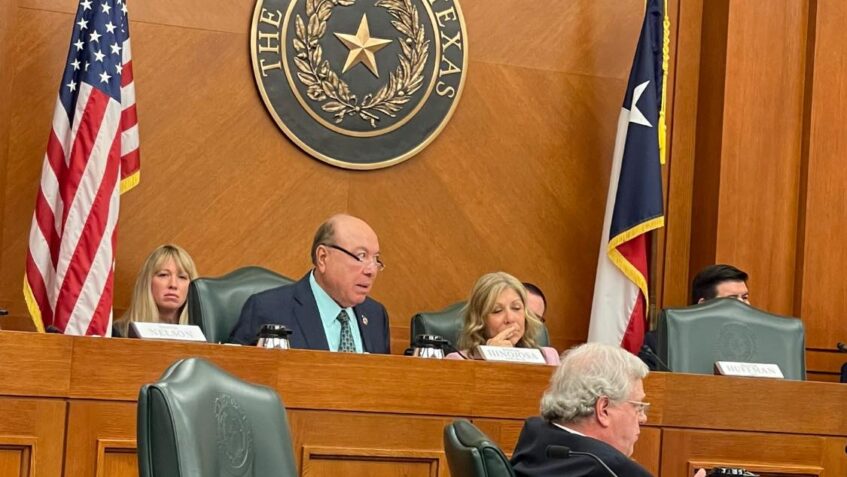 The Texas Senate Finance Committee conducted a hearing on Wednesday, May 4, 2022 about the effects of inflation on the Texas economy, including the impact on retired Texas educators and state employees. The committee also reviewed reforms made to both the Teacher Retirement System of Texas (TRS) and the Employees Retirement System of Texas (ERS) during the 87th Legislative Session.

Tim Lee spoke to the committee about TRTA members’ appreciation for their work on SB 12 and the supplemental payment retirees received in January. He thanked them for making a COLA a part of the legislative discussion for 2023.

Lee noted that inflation is taking a huge toll on retirees who have not received an actual COLA since 2004. In that time, inflation has increased by 52%, making a dollar today worth 65 cents compared to a 2004 dollar. This is a harsh reality for over half of current TRS retirees, who retired after 2004. He pledged that TRTA will work diligently with the Legislature to provide retirees a meaningful COLA in 2023.

Dr. Mary Widmier told the committee that both she and her husband retired 15 years ago and rely almost completely on their TRS annuities. Despite 21 years paying into Social Security, she receives only $120 per month due to the Windfall Elimination Provision (WEP) reduction. Since 2007, when they retired, inflation has decreased their purchasing power by 39%.

Widmier told the committee, “We are here today to ask for a meaningful COLA, but also for a comprehensive approach. Since we truly depend on our TRS pension fund, we need an approach to ensure the fund remains actuarially sound, pursues wise investments, and allows the fund to grow.”

Eric McKnight focused on how TRS pension payments help businesses in his community and the negative effects of inflation on local members (see our Facebook page for more personal stories from TRTA members). McKnight told the committee that in 2020, Lubbock County received more than $181 million from TRS pensions and the majority of that money remained in the local economy. He told the story of married couple who are TRTA members whose unexpected medical issues caused them to seek help from the community, their children, and the Texas Retired Teachers Foundation (TRTF) to make ends meet over the past year.

McKnight closed his testimony by saying, “Inflation is real and it hits home . . . along with supporting our local economy, a meaningful COLA would provide dignity in retirement and help all Texas retired teachers.”

TRS Executive Director Brian Guthrie gave the committee an overview of the financial condition of the pension system. Guthrie also discussed the proposal from the TRS consulting actuary to the TRS Board to reduce the investment return actuarial assumption from the current 7.25% down to 7% (click here to read TRTA’s report about this pending change).

Director Guthrie reminded the committee that a similar change to the rate of return (from 8 to 7.25% in 2018) caused the fund to fall outside the state definition of actuarial soundness. The state’s requirement is that the system be within a 31-year funding period to be considered actuarially sound, and the change increased the TRS funding period to 87 years.

That change triggered the creation of Senate Bill 12 in 2019, which was authored by Chairman Huffman. SB 12 increased contribution rates from the state, active TRS members, and school districts over a six-year period to bring the fund back to actuarial soundness. This allowed the Legislature to provide supplemental payments to TRS retirees in 2019 and 2021.

Guthrie contrasted the effects of the 2018 change with the proposal before the TRS Board now, which will increase the funding period by 3 years, from 23 to 26, meaning the system will maintain actuarial soundness. This is in large part because of SB 12, as well as a 25% return on investments in 2022.

Chairman Huffman asked Guthrie directly if this proposed change would have any detrimental effects on the possibility of providing a cost-of-living adjustment (COLA) to TRS retirees during the 88th Legislative Session in 2023. He answered that it would not, because the fund is stable and the TRS Board has more options available to reduce the effects of the change.

TRTA will continue to work directly with TRTA members and the Legislature to make sure retirees’ voices are heard as we head toward our next opportunity to win a COLA!

Stay tuned to the Inside Line for more information about issues that impact Texas public education retirees. 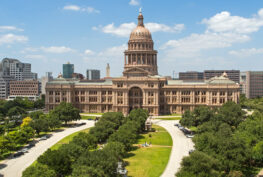