Happy Holidays from TRTA and TRTF! 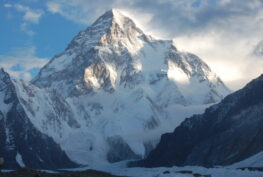 The Seven Summits: Finding A Cure to Parkinson’s